Beneath the glitz in St Moritz 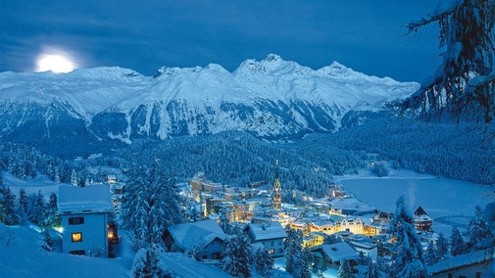 St Moritz is arguably the most famous ski resort in the world, yet surprisingly few Brits choose to ski here. Perhaps they are put off by its glitzy image; or is it the lengthy transfer from Zurich airport? Perhaps it is simply a matter of cost?

Granted, St Moritz will never be cheap, but like many other jet-set haunts there is more to the resort than its showy exterior would suggest and no-one need feel excluded.  As for the journey, is there a more spectacular ski resort transfer in the Alps? We think not.

There is something about arriving in St Moritz by train that is utterly spellbinding. Shimmering lakes framed by snow-capped peaks, tumbling glaciers, bottomless gorges, it’s all there. Having negotiated gravity defying switch-backs you then emerge from a series of tunnels onto the world famous Landwasser bridge - a marvel of engineering that has to be seen to be believed. 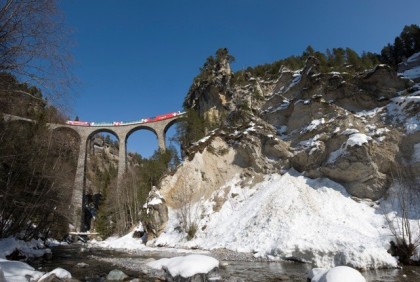 As you approach your final destination, there is a distinct change in scenery. The mountains are higher, the valleys wider and the sense of space almost overwhelming. This is the upper Engadin, one of the most beautiful corners of the Alps and home to St Moritz.

St Moritz is a resort of two halves. St Moritz - Dorf is the fashionable main hub, perched spectacularly above the lake with sweeping views across to the 4000m peaks of the Bernina range. St Moritz - Bad, on the other side of the lake is less overtly upmarket but makes much the more convenient base (at least from a skiing point of view) - with direct cable-car access into the Corviglia area and gentle runs back into town.

Corviglia, also accessible by lift (but not piste) from Dorf offers an extensive area of open, sunny slopes, perfect for leisurely cruising and with wonderful views of St Moritz and its lake filled valley below. 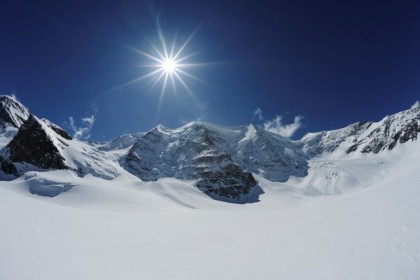 The less frequented Corvatsch area a few km up the valley is more challenging and has an altogether wilder feel. The closest access point is at Surlej, an unspoilt hamlet in a quite separate lake filled valley and home to our 4 star Hotel Nira Alpina. From here a two stage cable-car takes you to the 3300m summit of Corvatsch itself from where it seems you can see half of Switzerland. Not for the faint-hearted, this is the beginning of a memorable descent that starts on an open glacier but becomes progressively steeper and narrower as you go down.

Another favourite run of ours here is the Hahnensee, an easy black that returns all the way to St Moritz – Bad, well away from the lift system with an inviting little pit-stop (of the same name) half way down.

Après-ski is surprisingly lively and not as exclusive as you might expect. The Roo bar outside the Hotel Hauser is one popular spot for an early evening tipple - as is Bobby’s pub, which attracts the younger crowd. For something more sophisticated you could try the Jazz night at the 5 star Hotel Kulm or the very upmarket King’s nightclub at Badrutt’s Palace, where jacket & tie (not to mention deep pockets) are a prerequisite.

However, if mingling with the fur brigade is not your thing, you could always dine out at the atmospheric La Baracca. At first glance it looks like a giant scout hut has been dropped in the parking lot of the Signal cable car, but this quirky canteen-style restaurant is a firm favourite with the locals and is packed to the rafters night after night.

Whatever your taste or expectations, it is difficult not to fall for St Moritz.

If it’s the full luxury experience you’re after then the Kempinski Grand Hotel des Bains is our favourite of the eight five stars that now grace the resort. Less formal than many of its rivals (no archaic jacket and tie policy here) it boasts an exceptional spa and (in our view) the best breakfast buffet in the Alps. 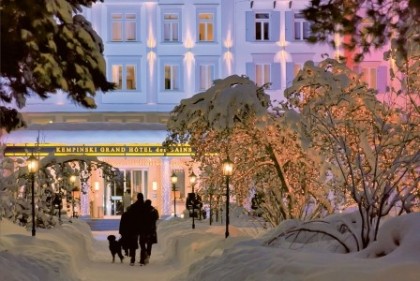 Our favoured 4 star option is the effortlessly cool (and faintly Bohemian) Nira Alpina, one of the few genuinely ski to the door hotels at the bottom of the Corvatsch cable-car. Completely refurbished in 2011, it boasts superb Asian and international cuisine, and a panoramic top floor bar with lake views.