A little luxury in La Thuile 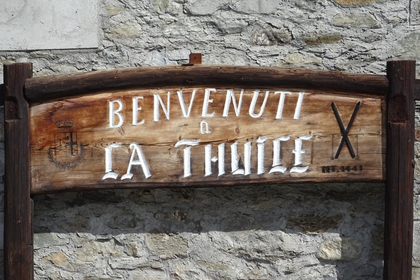 On the face of it, La Thuile may not seem the most obvious choice of resort for a brand new luxury boutique hotel in the Aosta valley. That would more commonly be nearby Courmayeur, a favourite haunt of the Milanese ski cognoscenti, many of whom own second homes in this more overtly upmarket resort.

However, previously overlooked by the luxury end of the ski market, unassuming little La Thuile has recently become home to a fabulous new 5 star boutique hotel, the Nira Montana.

Since it started life as a mining village, La Thuile has expanded, though remains seemingly immune to the commercial pressures encountered by its contemporaries. 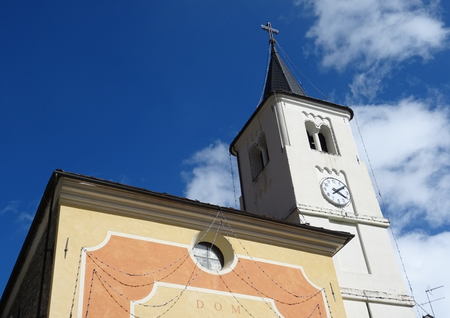 Retaining a simple village charm, it doesn’t (away from the lift station at least) really feel like a ski resort at all, with its unhurried atmosphere and astonishingly low everyday prices. Where else in the Alps could you order a large cappuccino for just €1.30? 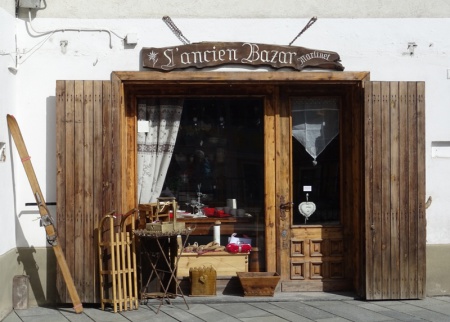 The skiing - few crowds, even in high season

The skiing in La Thuile also has lots going for it, with 150km of pistes shared with La Rosière on the French side of the Little St Bernard Pass.

This pass forms a natural divide between Atlantic and Mediterranean weather systems and, although La Rosière actually gets more snow than La Thuile, the snow quality is often superior on the Italian side where the warming influence of the Gulf stream is reduced. 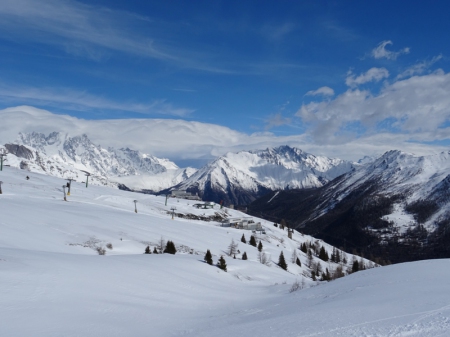 While La Rosière’s runs face mainly south and west, and have more of an issue with slush in spring-time, most of La Thuile’s slopes face north and east, which better protects the snow from the sun later in the season.

One of the great joys of skiing in La Thuile is the lack of crowds. Even in high season, you rarely have to queue for any of the lifts and, in quieter periods, it can seem like you have the entire mountain to yourself. 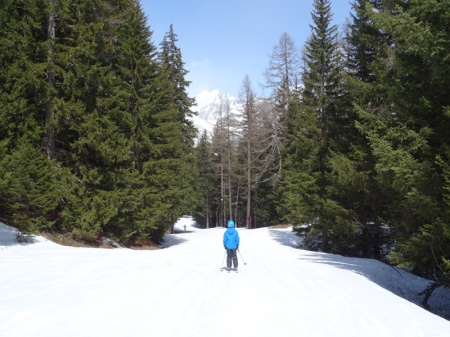 Plenty of trees on the lower half of the ski area

The ski area is best suited to intermediates, but there are decent nursery slopes and lots of gentle terrain above the mid-station for near novices to progress to. 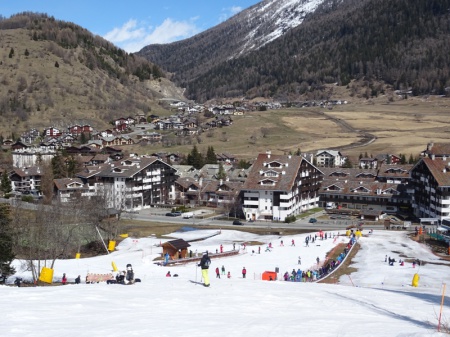 La Thuile's nursery slopes have reliable cover even into April 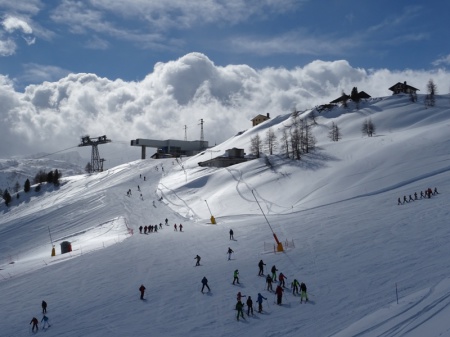 Expert skiers have a couple of decent blacks through the trees as well as plenty of off-piste opportunities, including one of the cheapest heliski operations in Europe.

A single drop to the Ruitor glacier will set you back just 200 Euros per person (based on 4 sharing) allowing an epic 2000m vertical descent into France (near Ste Foy) from where you are picked up and returned to the lift system in La Rosière. 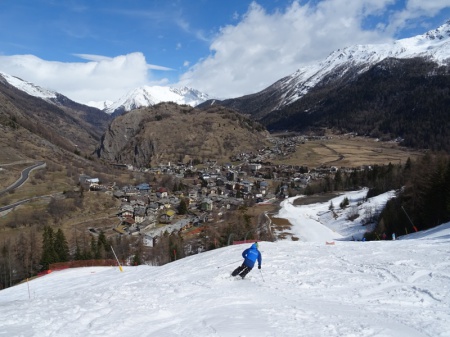 So, with the arrival of the Nira Montana, discerning skiers can now enjoy all that La Thuile has to offer, without compromising on quality.

Located in a quiet but convenient corner of the resort not far from the centre, the hotel is designed to blend seamlessly into its residential surroundings, and its unfussy chalet-style exterior belies an extraordinary attention to detail that permeates every aspect of the hotel. 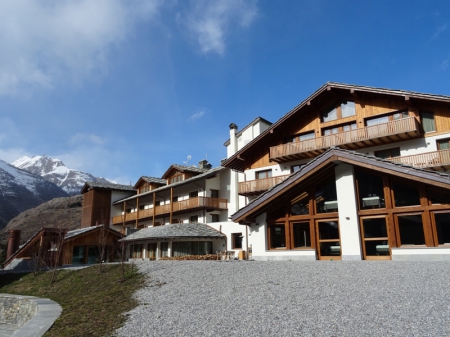 The staff are attentive but never overbearing and, unlike in many luxury hotels, seem genuinely interested in their guests. The rooms are bright and spacious with forest-themed wallpaper patterns, and wooden floors designed to resemble the trunks of trees.

Exquisite in design yet uncluttered in appearance, each room is equipped with Foscarini lamps, Lavazza espresso machines and top of the range Hästens beds. 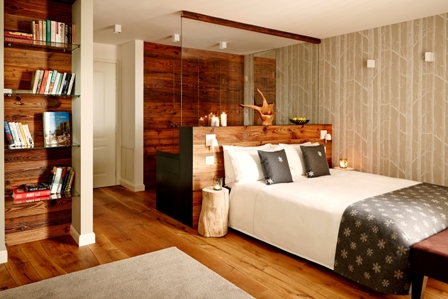 In keeping with the rest of the building, the Nira Spa is designed with taste, rather than extravagance, and offers all the facilities you would reasonably expect from a small luxury hotel including pool, sauna, hammam, gym and chill-out area.

Needless to say there is also a huge variety of spa treatments on offer using only the highest quality natural products. 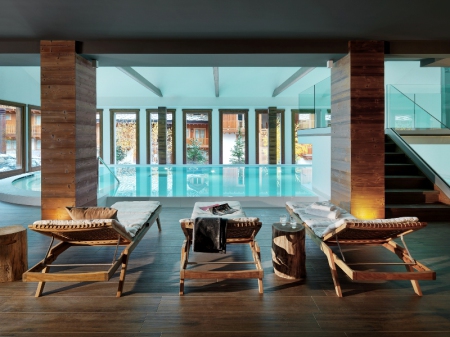 Dinner at the Nira Montana is a delightfully low key affair and will come as a pleasant surprise to anyone who finds the more lavish five (or even seven) course extravaganzas in rival luxury ski hotels a bit much several nights on the trot! 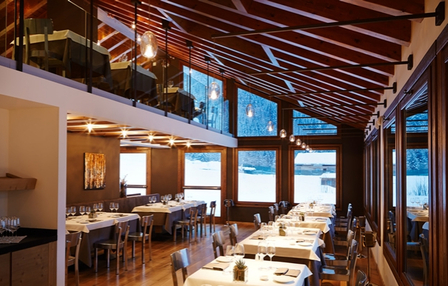 Dishes are simple but delicious and, with no obligation to book half board, guests are free to sample some of the many excellent restaurants that La Thuile has to offer.

In keeping with other aspects of the resort, most of these are down to earth affairs – including the charming Lo Tatà, which is especially recommended for its friendly vibe and traditional Aosta cuisine. 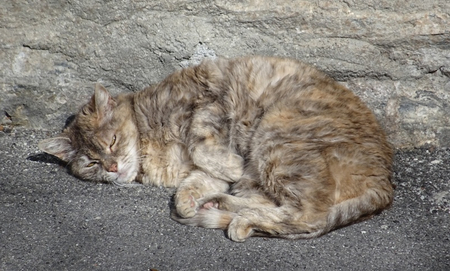 One of La Thuile's laid back locals

Generally speaking, evenings are very relaxed in La Thuile – just the way most people like it.

But if you do still have the energy after a day on the slopes, Angela’s bar is the place to hang out for some après with the locals.

That’s if you can be tempted away from the Nira Montana’s own bar whose signature cocktails, created by renowned mixologist Massimiliano Matté, each come with their own intriguing story... 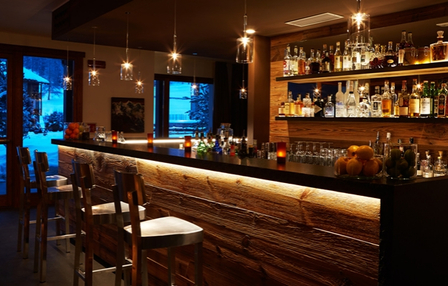