The rise of Madonna di Campiglio 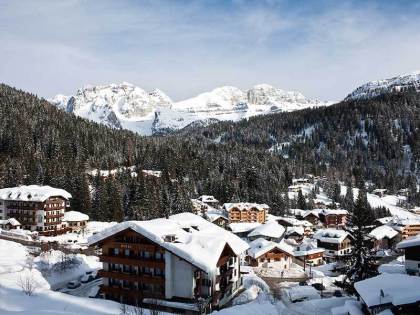 Tired of skiing the same old resorts? Looking for somewhere a bit different? Madonna di Campiglio in the Italian Dolomites has lots to offer everyone and is fast emerging as one of our most popular destinations.

Extensive, varied terrain for all abilities

While Madonna di Campiglio cannot compete in size with the likes of Courchevel or Val d’Isère, it does offer a very respectable 150km of pistes and a good mix of wooded and open bowl terrain. It is also linked to a number of other resorts (Folgarida, Marivella and Pinzolo) which adds considerably to the variety of slopes on offer.

The area caters for all levels of skier and boarder but is best suited to more leisurely types who enjoy cruising immaculately groomed pistes with little danger of encountering any nasty surprises. That said, there are some challenges dotted around, notably the black run off the front face of Monte Spinale. Pinzolo is also worth exploring with several long and challenging reds.

The nursery slopes are just out of town at Campo Magno, but there are lots of long and easy runs to progress to, making Madonna di Campiglio an excellent choice for mixed ability skiers. 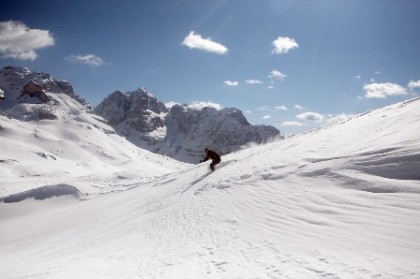 Situated on the western side of the Dolomites, natural snowfall is higher in Madonna di Campiglio than in the Sella Ronda circuit further east. Indeed, it has experienced several vintage seasons in recent years with over 10m of snow falling (at altitude) in both 2008-09 and 2013-14.

And when those big Mediterranean storms do roll in, Madonna di Campiglio has plenty of trees to play in and is not nearly as prone to closure as many more exposed resorts. Conversely, if it decides not to snow for any length of time, the resort also boasts one of the largest artificial snow-making set-ups in the Alps, covering more than 95% of its 150km of pistes. 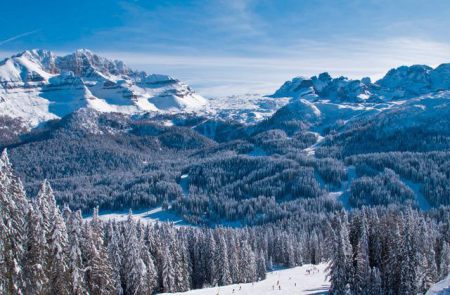 Madonna di Campiglio lies in the Brenta Dolomites, an area of outstanding natural beauty and UNESCO World Heritage site. Views are dominated by the dramatic pink-tinged rock faces of the Brenta massif to the south-east – typically spectacular Dolomite scenery that you never tire of looking at. 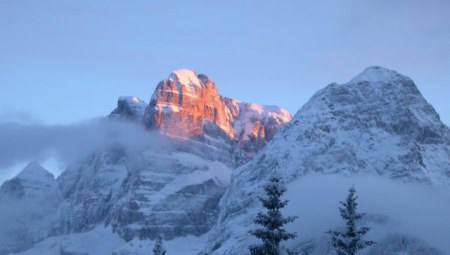 Madonna di Campiglio boasts an excellent selection of restaurants (both on and off the slopes), ranging from simple refuges to serious gourmet establishments. Perhaps most famous of all is the Chalet Fiat (owned by the car giant) which has an exclusive table service back room and Michelin starred chef.

Other more modest but charming recommendations include the Viviani Pradalago, Graffa and Cascina Zeledria, all of which offer excellent value for money. Back in town, there are over 20 restaurants to choose from, one of the best of which is another Michelin starred stube in our very own Biohotel Hermitage. 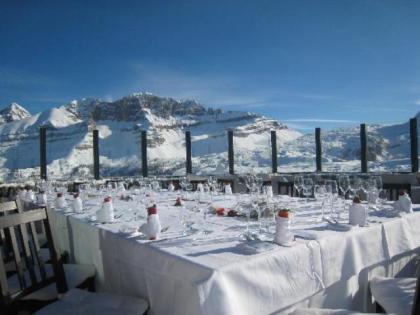 Madonna di Campiglio may be one of Italy’s most upmarket resorts, but it still represents excellent value for money. This is especially true if you are used to skiing in France or Switzerland where, like for like, hotels are considerably more expensive (sometimes up to double the price). On the spot prices are also reasonable with plenty of simple cafés, bars and restaurants alongside the more upmarket establishments.

Read more about our hotels in Madonna