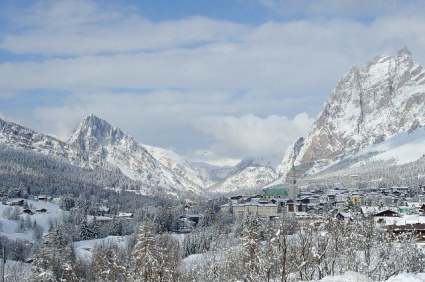 Cortina is the largest and best known of all the ski resorts in the Dolomites, and is one of the classic Alpine winter sports destinations.

Its ski area may be more fragmented than others in the Dolomites, but it is equally (if not more) beautiful, and the town itself has much more to offer besides skiing.

Cortina is in the Veneto region in north-eastern Italy, a two hour drive from the north of Venice.

Cortina is a charming but busy year-round resort, located in the heart of the Veneto Dolomites about two hours north of Venice. The centre of the resort is defined by a pedestrianised main street, the Corso Italia, with an alluring array of cafés, bars and designer shops.

Cortina is completely surrounded by magnificent Dolomite scenery, making it one of the most beautifully set ski resorts in the world. 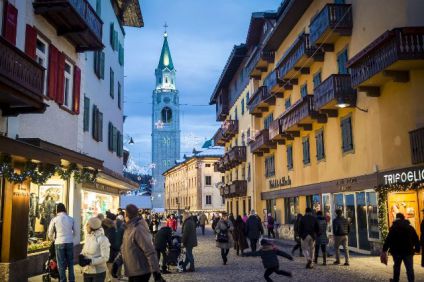 Cortina’s ski area is split across several different mountains, and offers a good mix of open and wooded slopes.

The only ski area accessible from close to the centre of town is Faloria, an area of mostly open slopes loosely linked to the Cristallo area. There are no pistes back to resort from either of these sectors, so you must either descend by cable-car from Faloria or take the bus back from Cristallo.

On the other side of the valley is the larger Col Drusciè, Tofane and Pomedes area, accessed by lifts starting a little outside of town. This has lots of easy, wooded runs lower down and some harder open pistes up top.

Further afield, Cortina has a number of other smaller areas worth exploring, including the very scenic Cinque Torri and Lagazuoi sectors.

Like most of the Dolomites, natural snowfall is somewhat erratic, but snow-making is superb and good piste coverage virtually guaranteed, even in the leanest of early seasons.

What’s more, there is far less competition for powder here when it does snow heavily than in many of the other big-name resorts.

Where to find the best snow in Cortina

The best snow conditions in Cortina are often found on the high slopes of Ra Valles below Tofane.

The lower half of the Col Drusciè and Pomedes sectors (Pocol, Colfiere, Socrepes) have lots of trees to play in should you need to find shelter from a storm.

Cortina has a scattering of black runs to keep expert skiers amused, as well as more off-piste than you would find in most other parts of the Dolomites.

The Pomedes and Cristallo sectors offer the greatest concentration of challenges. 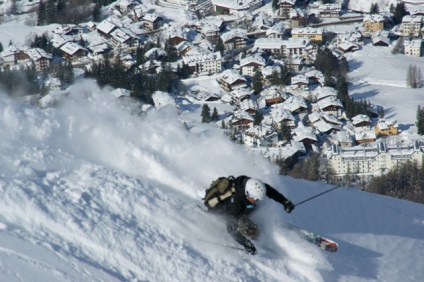 Cortina’s intermediate slopes may not be terribly extensive, but they are varied, interesting and highly scenic.

Don’t forget to try some of the more outlying areas including Cinque Torri and the fabulous “Hidden Valley”. 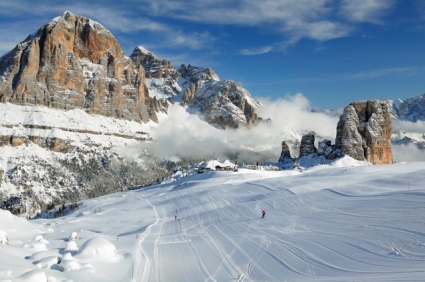 Cortina is an excellent ski resort for beginners with good nursery slopes and plenty of wide gentle runs to progress to on the lower parts of the Pomedes sector. 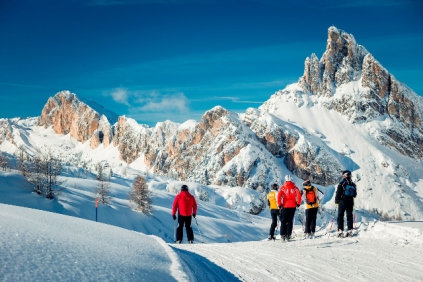 Cortina is one of the best ski resorts for cross-country skiers in the Alps, with around 70km of trails, most of which are found up the valley at the Fiames Nordic ski centre. This is also the start of the 30km route along the old Dolomite Railway to Dobbiaco, considered to be one of the most beautiful cross-country ski routes in the Dolomites. 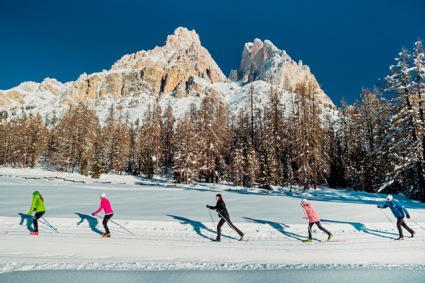 Cortina has an excellent choice of mountain restaurants, including the highly reputed Capanna Tondi on Faloria, with its large sun terrace and traditional cuisine.

Other top recommendations include the Rifugio Averau at Cinque Torri and the Baita Son Dei Prade above Pocol. 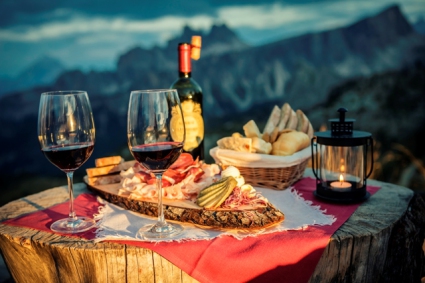 Cortina is among the best resorts for non-skiers in the Alps. Activities include lots of winter walking, swimming, skating, shopping and eating - some of the best mountain restaurants are accessible to pedestrians. 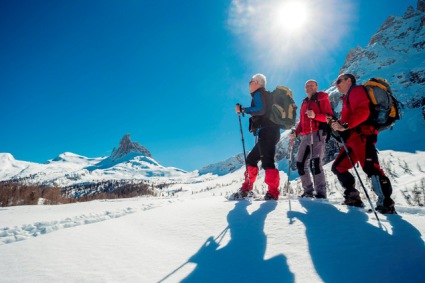 Cortina can be quite lively, especially in high season when the Italians are out in force. Recommended après-ski spots include the Enoteca and La Suite wine bars. For late-night action, you could also try Jambo. 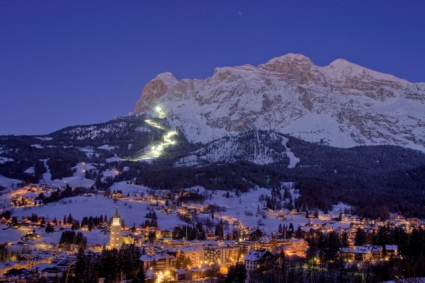 Eating out in Cortina

Cortina has a wide range of dining options, though many of the high end restaurants are on the outskirts of town.

Popular choices in the resort centre include the Croda Café or Ristorante 5 Torri, for pizzas.

A little further out, and more upmarket, are the highly recommended Relais El Toulà and the Michelin-starred Ristorante Tivoli.

Don’t miss the “Hidden Valley", a memorable intermediate ski run (accessed from the Lagazuoi cable car) that offers a splendid sense of isolation.

Considering a luxury ski holiday or short break in Cortina?

See our hotels in Cortina