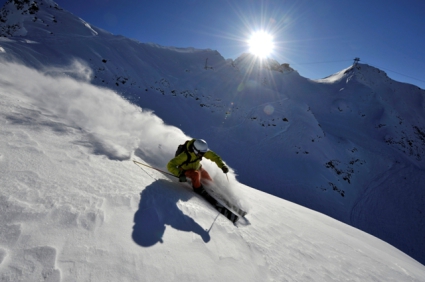 Andermatt has a cult reputation as one of Europe’s premier “steep and deep” destinations, combining serious off-piste with a formidable snow record.

Once a sleepy backwater, the resort was transformed in 2013 with the opening of the Chedi Andermatt, the flagship hotel in a new wave of luxury developments designed to catapult Andermatt into the international limelight.

The ski area is also expanding, with new links to the neighbouring resort of Sedrun considerably broadening its appeal.

Andermatt is in the canton of Uri, in the central Swiss Alps, 90 minutes drive south of Zurich airport.

The old village of Andermatt retains a quirky Alpine charm, and remains largely untouched by the burgeoning luxury “resort” next door. The unusual dog-legged main street is a pleasant place for an evening stroll and offers a number of interesting, if somewhat old-fashioned, little shops, bars and restaurants.

The new development, dominated by the 5 star luxury Chedi Andermatt, is built in a more modern but low-rise chalet style and blends relatively unobtrusively into the original village. 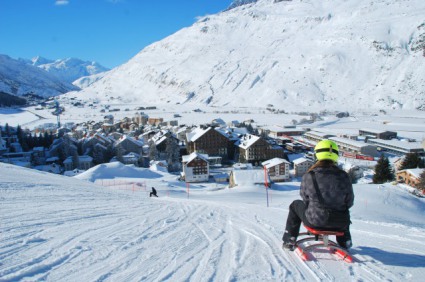 Andermatt has two main ski areas. The best suited to advanced skiers is the world-famous Gemsstock mountain, which is high, north-facing and exceptionally reliable for snow.

On the other side of town, the sunnier, gentler Nätschen area (which is connected to Sedrun) is better suited to intermediates or mixed ability skiers, and more easily accessible from the Chedi. 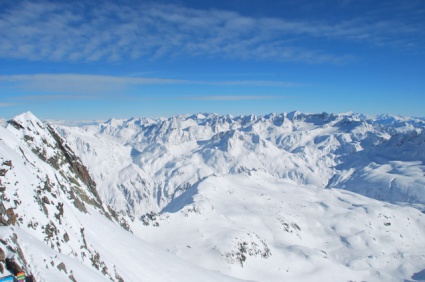 Andermatt has one of the best snow records in the Alps, with a season that typically runs from mid-November to late April. This is partly due to its location close to the main Alpine Ridge, allowing it to tap into major storms of both Atlantic and Mediterranean origin.

The 2965m north-facing Gemsstock also holds its snow superbly, especially above the mid-station where there is a small glacier. 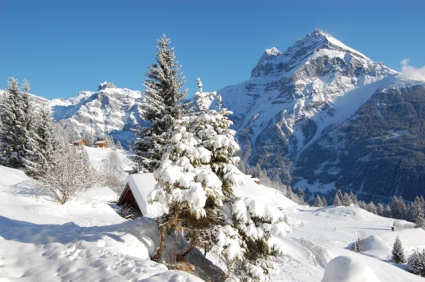 Where to find the best snow in Andermatt

The red and black runs above the Gemsstock mid-station are usually in great shape due to both their height and northerly orientation. The Nätschen area gets a lot of sun, however, which means that late in the season slush can be more of an issue here than on the Gemsstock.

Andermatt’s ski area does not have much shelter in really bad weather, just a few trees here and there on some of the lowest runs.

If you want to carry on skiing in poor weather, our best advice is to take the train to Sedrun where the proportion of tree-lined terrain is a little more generous.

Andermatt is an excellent resort for expert skiers, with plenty of challenges in all sectors.

The best expert terrain can be found on the Gemsstock mountain, whose top cable-car serves long, exhilarating and exceptionally snow-sure runs (both on and off piste) of around 900m vertical.

With its big reputation for powder, Andermatt is indeed a free-rider’s paradise with seemingly limitless off-piste options in all directions. 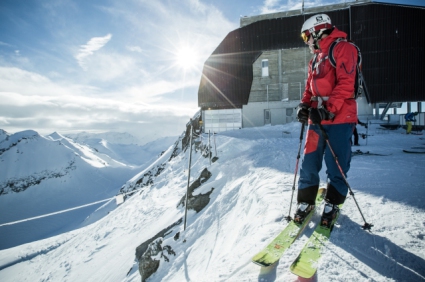 The famous Gemsstock mountain may be best suited to experts, but confident intermediate skiers will also enjoy the long, circuitous red from the top cable-car station, as well as a number of shorter runs around the mid-station.

Overall, however, it is the Nätschen and linked Sedrun areas that provide the greatest extent and variety of intermediate terrain.

Although there is a long easy blue from Nätschen to resort, Andermatt is not a ski resort that we recommend for complete beginners.

There are 28km of cross-country trails in Andermatt's Ursern Valley, together with a night trail in Realp, illuminated on weekday evenings. There are a further 45km of trails in Sedrun, 25 minutes away from Andermatt by train. 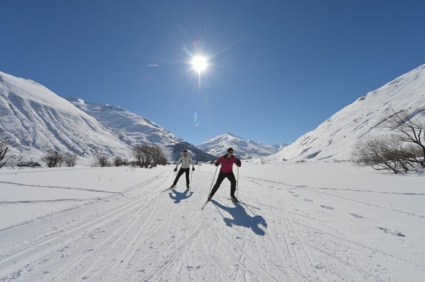 Andermatt does not have a wide choice of mountain restaurants. On the Gemsstock, the Bergrestaurant Gurschen restaurant gets crowded, especially at weekends.

If you are skiing on the Nätschen side, our top recommendation is the Bergrestaurant Nätschen, with reliably good food and a magnificent sun terrace.

Andermatt has a number of non-skiing activities to offer, including tobogganing at Nätschen, snow-shoeing and 20km of winter walking in the valley. There is also a natural ice-skating rink open from Christmas until the end of February. 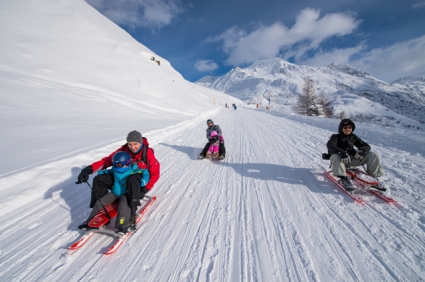 Après-ski is relatively quiet in Andermatt during the week but there are a number of pubs and bars, some of which can be lively at weekends. For the most chic après scene in town, head to the bar at the luxury 5 star Chedi Andermatt. The Apothek (at the River House Hotel) and the Spycher are two simpler but equally popular options. 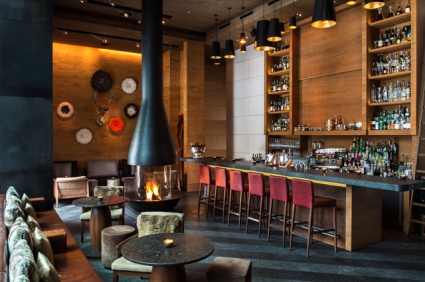 Eating out in Andermatt

Andermatt has a wide choice of restaurants, many of which have a strong Italian influence. La Curva, in the Hotel Monopol-Metropol, does excellent pizzas and steaks while the Baeren specialises in dishes from Ticino (the Italian speaking part of southern Switzerland). The 5 star Chedi Andermatt has two restaurants, and specialises in gourmet Asian cuisine.

Due to its proximity to Zurich, Andermatt can get busy at weekends. Aim to ski on weekdays if you want to avoid queuing, especially for the main Gemsstock cable-car.

Considering a luxury ski holiday or short break in Andermatt?

See our hotels in Andermatt